Two questions during the first of two Washington State Ferries The community meetings focused on a major WSF project that is only taking place in West Seattle in a few years – the redesign of Fauntleroy Wharf.

“We’re just starting to look at it,” WSF said Nicole mcintosh. I-976 and COVID have pushed back planning, but “the 2025-2027 biennium” is where they expect construction to be, “but we have a lot of planning to get there.” Will the WSF consider separating passenger and vehicle loading? McIntosh said they will look at a wide range of alternatives as they plan – these could include high loading, a larger dock, or even moving the dock. She promised that the process would include “interaction with our customers and stakeholders”.

At the start of the meeting, Patty rubstello, New WSDOT Deputy secretary in charge of the WSF, introduced himself. She said she had spent most of her career – with an engineering background – “on the highways side of WSDOT.” She was in charge of the WSDOT toll program. She mentioned the recently reported drop in ridership – 41%, the lowest since 1975, the first time since 1951 that the systems carried more vehicles than people. They still insist on travel “for essential travel only”. 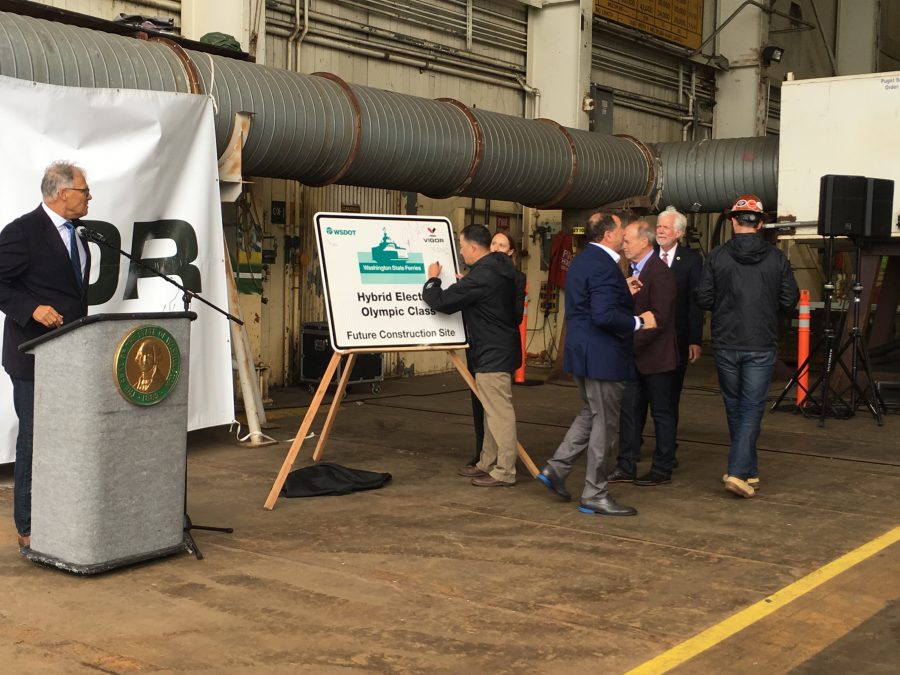 In general highlights, the electrification of the ferry system – highlighted when Governor Inslee visited Vigor on Harbor Island a year and a half ago – remains a priority. A new Olympic-class hybrid ferry begins construction later this year, to enter service in 2024. In the Q&A, more details emerged – one is funded, they could build four more. They should travel on the Mukilteo-Clinton and Seattle-Bremerton highways. the FSM Matt von Ruden says they just finished the preliminary design and haven’t negotiated the price yet.

the FSM Stephanie Cirkovich reviewed service plans for this spring and summer, after a quick review of how service has changed and been downsized due to the pandemic. It is still too “unpredictable” to set service change dates like in the past, so now they are focusing on the “four pillars of service”. That’s why they plan to make some changes on May 9, including the return of a third ship to the Fauntleroy-Vashon-Southworth route, to operate “8 hours a day on weekends.”

More questions: Will the WSF require vaccination for employees in positions in direct contact with customers? No, McIntosh replied. But they will continue to demand masks for everyone.

When will the galleys be reopened on the ferries? Their supplier is ready to resume operations, Cirkovich said, but that is not yet certain. When they return to service, it will be gradual. “Right now we always tell people to stay in their cars,” for example.

Has the staff shortage stabilized? Short answer, no. the FSM Kim monroe said training has been difficult during the pandemic, which means hiring has been difficult. Previously they had 18 people per training class – now they’re limited to 5. And of course COVID has affected existing staff as well.

What is the remaining lifespan of the Issaquah Class ferries (three of which typically serve Fauntleroy-Vashon-Southworth)? They are just past 40, said von Ruden. “These are very good designs… the workhorse of the fleet. No ship replacement plan for them yet.

Future changes? Cirkovich hopes they will be good, but the pandemic is still unpredictable – hoping it will eventually revert to something that looks like “normal, regular service”. No plan to reinstate night departures any time soon as there are no events that would require them. Jon Vezina added that funding is also uncertain, as budget issues are not final and the legislature runs until April.

Eleven WSF officials were there to answer questions, so if you have any, tonight’s meeting at 6pm is a great opportunity to ask yours – register here for information on attendance. Or you can send questions anytime to [email protected].

Scenes from the 2022 UWNNM Community Meeting

A weekly listing of community meetings and events, usually free and always open to the public. Tuesday 14 December The Sonoma Valley Unified School District Board of Directors will be holding a special meeting at 4 p.m. due to winter recess. The Zoom session link is sonomaschools-org.zoom.us/j/93181262422. For more information, email Kyra at [email protected] Wednesday […]

South Willow and Weston Road. MANCHESTER, NH – The public is invited to attend the Local Concerns Meeting on December 9, 2021 at 6 p.m. in the Muster Conference Room at the Department of Public Works at 475 Valley Street to discuss improvements at the intersections of South Willow Street and Weston Road. The City’s […]