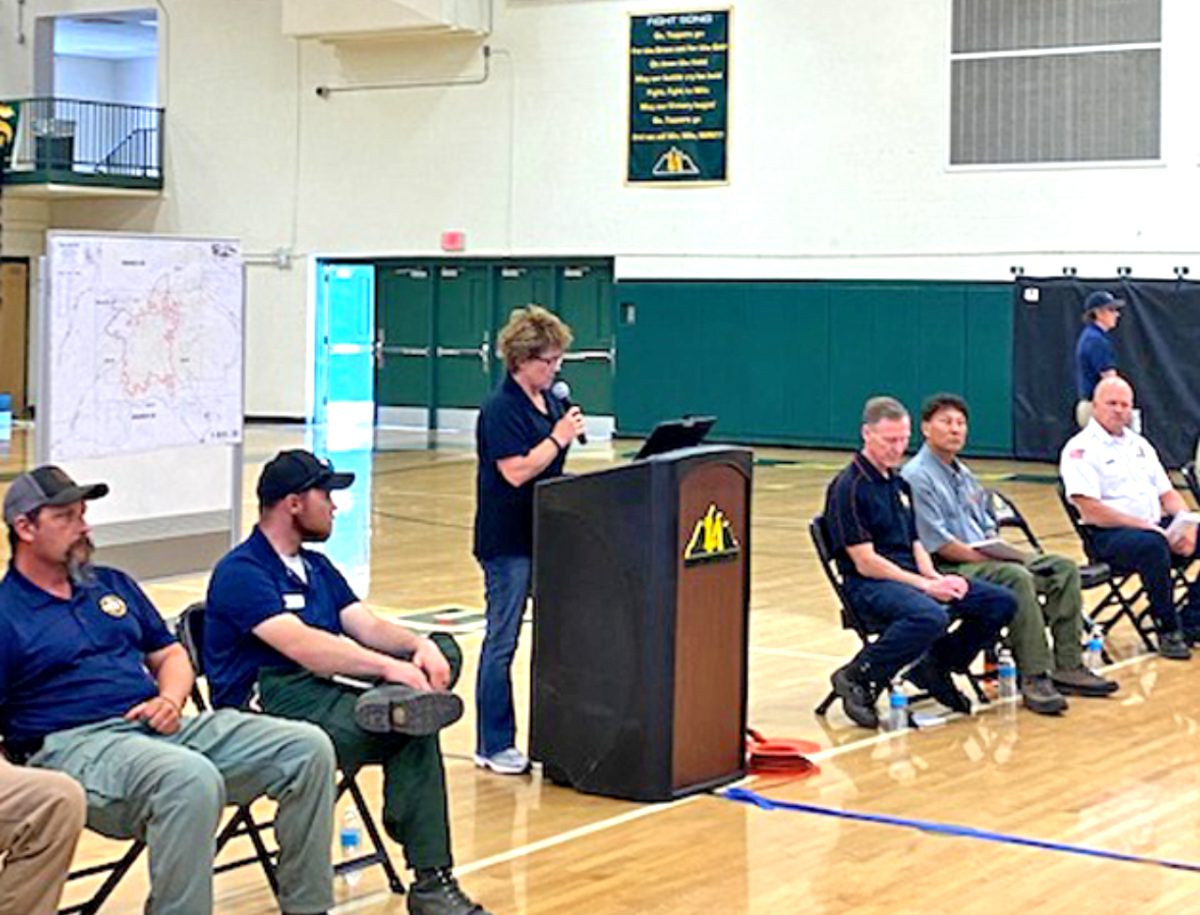 The community received something like a breath of fresh air at Monday night’s community meeting on the Cerro Pelado fire, which was good news.

According to incident meteorologist Scott Stearns, the winds are easing.

“We see good news on the horizon,” Stearns said. “Tomorrow it looks like we will have lighter winds… which is certainly welcome. Generally from the south, southwest… with gusts up to 20-25 mph. It’s a nice respite from what we’ve seen in recent days (and) even beyond…”

“The bad news is that unfortunately on Wednesday we are looking at increased winds again,” Stearns said. “Nothing like we’ve seen for the past few days, but there will be gusts up to 35-40 mph. For this reason, we have a fire weather watch in effect for this area.

However, Stearns pointed out that after Wednesday the winds are expected to weaken again.

“This is great news, especially considering that a lot of movement on this fire is due to strong winds,” he said.

An even bigger challenge is that relative humidity levels remain low, Stearns said. Through slides he showed at the meeting, the levels were below 10%. Also, there is no rain in sight.

Fire behavior analyst Robert Burnside said the fire was progressing; he will find pockets of opportunity to finger rather than make a big run. He reported that he walks a mile to a mile and a half a day. Most of the potential fires happened at night, he added.

Even more than the weak winds, the people fighting the fire were credited throughout the reunion for significantly hampering its expansion and growth efforts.

Los Alamos Fire Chief Troy Hughes said many lessons have been learned from previous fires. He added that partnerships between the Los Alamos National Laboratory, Department of Energy, Los Alamos Public Schools, etc., were an asset in dealing with the Cerro Pelado fire.

“A lot of people have been involved in this effort, been in the same room since day one…we’ve done a lot of prep,” Chief Hughes said.

Because fire moves slowly, it gave all parties time to do things such as preparing equipment and preforming mitigation, he said, adding that the The Los Alamos Fire Department basically has a brand new wild land fleet, with help from the DOE and the Los Alamos County Department of Utilities placed a temporary generator to power the well field. water from Guaje to ensure wells are working and water is flowing for firefighting purposes.

“I can’t really say enough about the preparation we did,” Chef Hughes said.

In other news related to preparedness efforts, County Emergency Manager Beverley Simpson reported on plans for any potential evacuations.

On Monday morning, a pre-evacuation order was issued for medically fragile people, allowing them to leave before the rest of the community is evacuated, Simpson said. Additionally, she said all pet owners are encouraged to submit a plan for their pets. If anyone needs help, go to County website or call customer service at 505.662.8333.

Simpson said work is underway on the Rendija Canyon road to make it accessible to small vehicles; it is being noted. Additionally, work continues to make announcements available on AM1610 in addition to CodeRED, reverse 911, etc.

“We could be in ‘set’ for a few days or even weeks, so don’t forget to hang out at our local businesses,” Simpson said. “They are still open and working.”

Low winds are beneficial, but the manpower involved in firefighting is also a real bonus. For example, Chief Hughes commended the Type 1 crews, the Southern Area Incident Management Team and the Great Basin Management Team, who arrived to fight the fire.

“It’s been a blessing to have these guys at our back door, at our beck and call,” he said.

“I cannot say enough about the professionalism of the team but also of everyone…the good job they do (and) an impeccable safety record given the terrain they face…”, a- he declared.

Nieto urged the community to work together to overcome this situation and to be patient as it appears, at least as of now, that the county will be in the “fixed” phase for some time.

Everyone is sacrificing something to get through this wildfire successfully, Operations Commander Rich Harvey said.

“Each of these partners sacrifices a little and our firefighters do the same,” he said. “Everyone is sacrificing being home… everyone involved in these partnerships… are committed to one thing: putting out this fire and getting everyone safely home…”

These sacrifices are important. Especially those made by firefighters.

“The firefighters (are) out there on that line,” Chief Hughes said. “They are there 16 hours a day. They’re not really in a climate control environment. They are in tents on the ground. It was sometimes 18 degrees during the briefings… they are working hard. Please keep them in your thoughts. They are all very professional – great people – they are away from their families, they give that to our community… we owe them a lot. 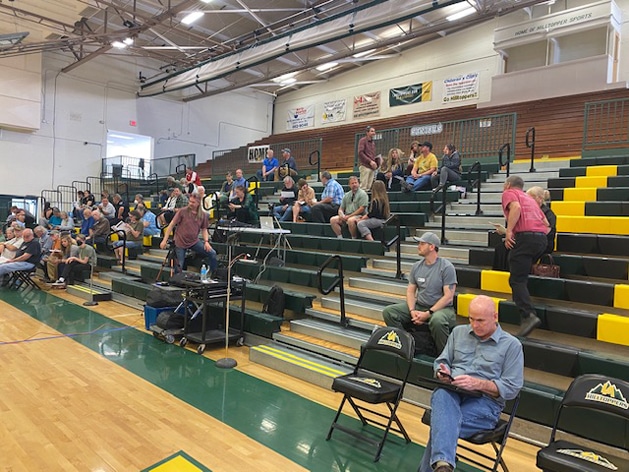 Residents around the highway. 261 enlargement project see new plans at a community meeting

SHELBY COUNTY, Alabama (WIAT) – An expansion project for Alabama 261 in Hoover could be one step closer to reality. On Wednesday, the developers held a community meeting to answer people’s questions and hear their concerns about the project. Before “Respect”, a day in Alabama marked a turning point for Aretha Franklin The state calls […]

Weekly list of community meetings and events, usually free and always open to the public. Tuesday, January 18 The Sonoma Valley Unified School District Board of Trustees will meet virtually for a closed session at 4 p.m., followed by a public session at 5 p.m. During a closed session, council will discuss ongoing litigation and […]